Jelle started horse-riding at his local riding school at the age of ten. Despite the lack of any family background in horses, he continued to professional level, initially with his three ponies and then, from the age of sixteen, with horses.

After he had completed his secondary education, his work was exclusively horse-related. He took a ‘Trainer B’ advanced-level training course, gave instruction and set up his own stud farm with his parents at the age of seventeen, ’t Craeynest Stables. There, on a modest scale, horses were bred, purchased, trained, introduced into international-level show jumping up to 145 cm and sold. Alongside Jelle’s activity as an equine osteopath 't Craeynest continues to be run as a source of work and income.

In 2013 he started training as an equine osteopath, completing his course and earning a diploma in 2016. He has also obtained qualifications in dry needling for horses and sports physiology. 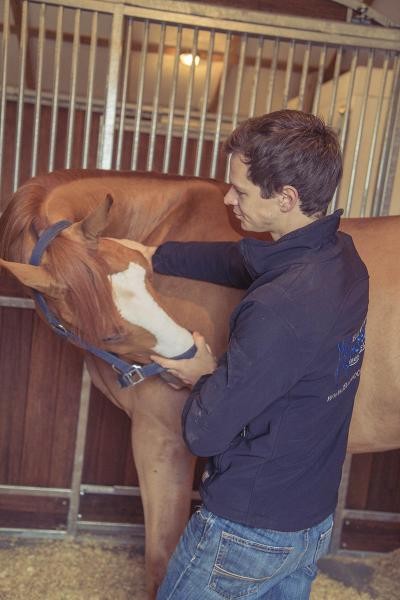